Mayhew Afghanistan is proud to announce that the Animal Birth Control Centre (ABC) was opened in Kabul on Sunday 7 July 2019.

The clinic – created in conjunction with various Afghan authorities – will help humanely address the number of free-roaming dogs on Kabul’s streets.

Mayhew Afghanistan has been managing a successful vaccination project, which has seen 38,023 dogs vaccinated against rabies as of June 2019 and no recorded rabies death in humans in Kabul in 2018. This year we announced news of a Kabul neutering programme to control the free-roaming dog population in the city and help to combat the spread of Canine Transmissible Venereal Tumour (CTVT), and other zoonotic diseases.

The clinic opening means this work can now commence and when running at capacity around 200 dogs will be neutered there every week in the first year. 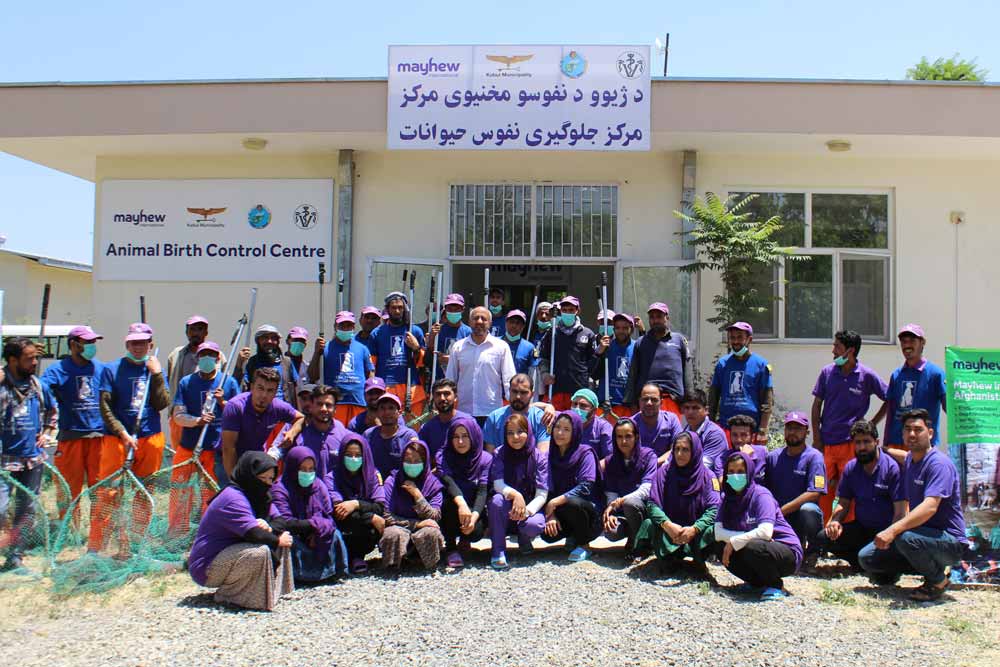 All the clinic staff, dog catching team and support personnel are local Afghans who are fully committed to delivering this programme, which is a first for Afghanistan and for the region.

Following on from two successful years of Mayhew International delivering a mass canine rabies vaccination programme and gathering data on the dogs, the ABC centre will now also deliver a spay and neuter programme for Kabul City.

The centre has seen Mayhew, Kabul Municipality, the Afghan Ministry of Agriculture, Irrigation & Livestock (MAIL), and Kabul University come together to help address – in a humane way – the number of free-roaming dogs on Kabul’s street.

The target is to neuter almost 10,000 dogs in the first year, which will help to control the current population of free-roaming dogs and create safer and healthier communities. 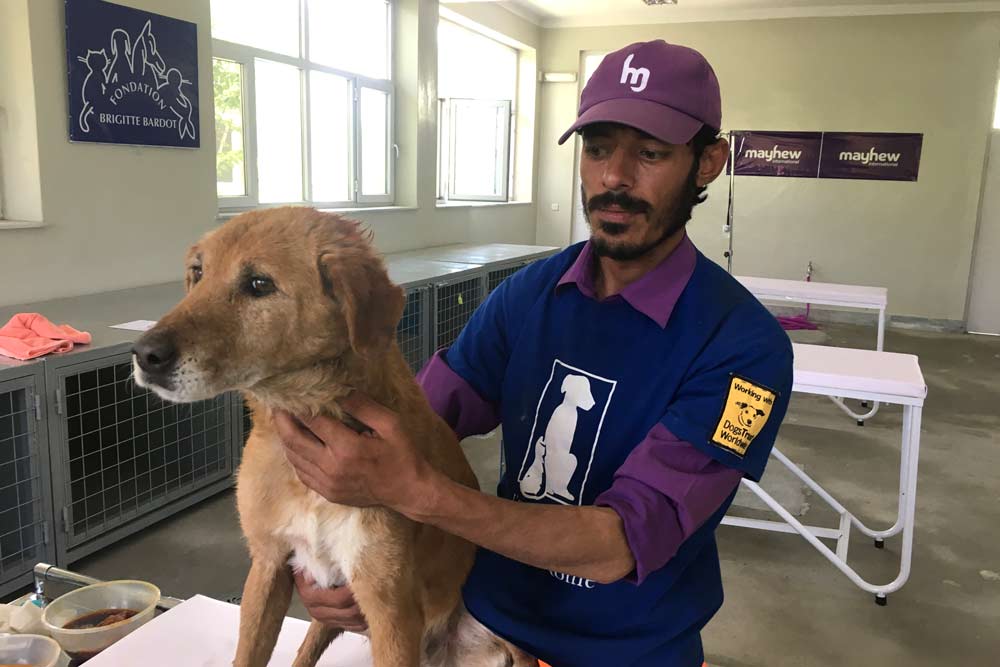 Dogs will be caught, brought to the ABC clinic, assessed, neutered and vaccinated against rabies and – once recovered from surgery – be released back to their territory in the city.

The opening event on Sunday saw over 100 people attend, including the the Mayor & first Deputy Mayor of Kabul, Head of Animal Directorate with Afghan Ministry of Agriculture, Deputy Chancellor of Kabul University, Dean of Veterinary Faculty, representatives from Kabul Zoo, the Head of Sanitation at Kabul Municipality and Leaders from Kabul’s 16 districts. 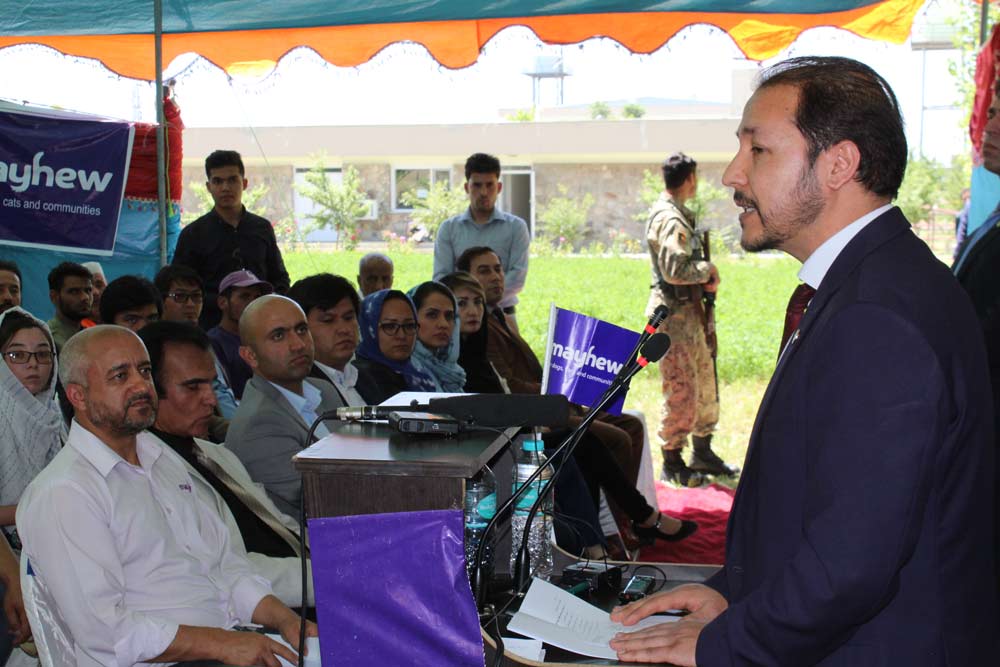 “The huge number of stray dogs and rabies has been a big problem for Kabul residents.  With the partnership of Mayhew and MAIL, we have managed to vaccinate over 70% of dogs in 16 districts of Kabul. We are pleased to announce that the 2nd phase of the programme for better management of the dog population started last week and we are officially opening the ABC centre in Kabul today. As we see now, the mass poisoning programme never worked for the control of dog population and even made the situation worse. Our new strategy is based on the accepted practice of global organisations, and we will see better results in the coming years.”

Country Director of Mayhew Afghanistan, Dr Abdul-Jalil Mohammadzai DVM, explained how the clinic is the latest part of a longer term strategy in Kabul:

“With the training of government-related departments, we can ensure the sustainability of the programme in the long term.  Raising awareness about dog bites and street dog behaviour is a key factor and Mayhew will be proactive in delivering an education programme which can save both human and animal lives.”

“The move toward rabies elimination and humane dog population management, and capacity building of the government sectors is one of Mayhew’s key strategies in Afghanistan. ”

Mayhew would like to thank the Afghan authorities for their support in in getting this project off the ground and to all our supporters and donors in the UK and around the world who have given generously to this project.  We are particularly grateful to Dogs Trust Worldwide and the Brigitte Bardot Foundation for their support.

Mayhew International works with governments, local communities and charitable groups to help improve animal welfare overseas. Find out more about the work we do in Afghanistan, Georgia, India and Russia.