Earlier this summer, our Animal Welfare Officers came to the rescue of a two-year-old stray cat, who was cowering under a car on the side of a busy road. Krusty was in a dreadful state and clearly very unwell, so our AWOs scooped him up, placed him carefully in a carrier and brought him back to Mayhew for urgent examination by our vets.

Krusty was suffering from an extensive flea infestation. He was lethargic and his gums and nose were extremely pale – a sure sign of severe anaemia resulting from fleas feeding on his skin and blood. He had patches of missing fur on his coat and scabbing across his body, most likely caused by painful flea-allergic dermatitis.

Our vets began treatment immediately, using fast-acting flea tablets and topical prescription flea drops, as well as antibiotics to help clear infection and soothe his skin. We then settled Krusty into a comfortable cabin in our hospital ward so he could be monitored around the clock. 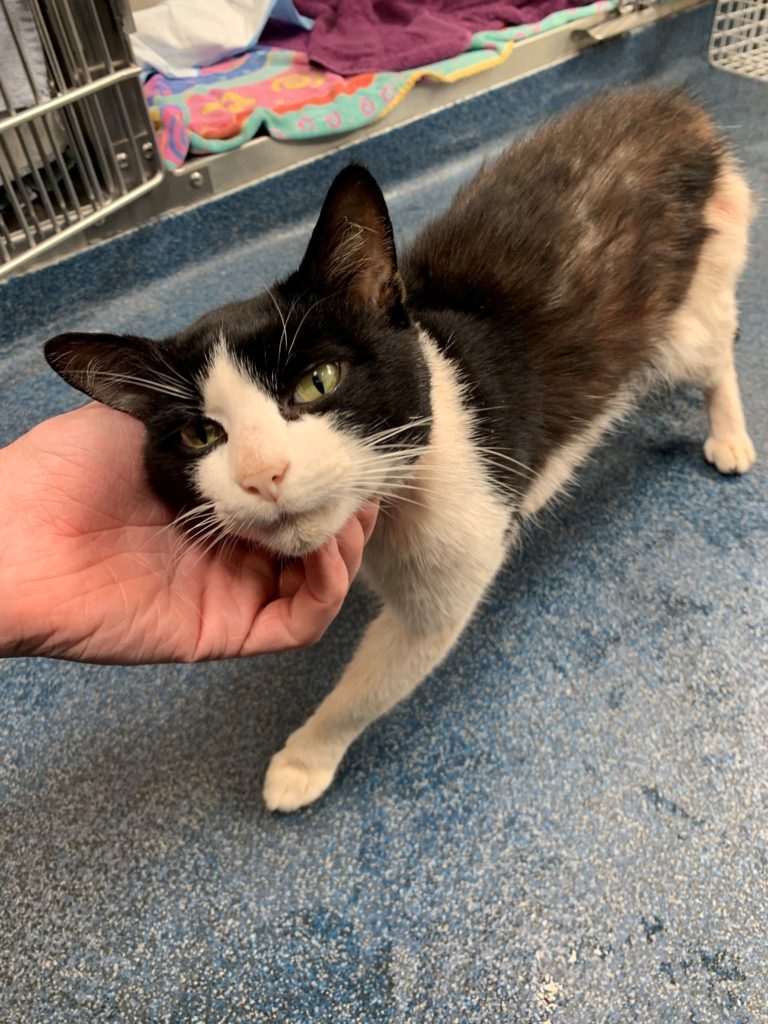 “His anaemia was so severe that Krusty would have quickly passed away without treatment. This is unusual in an adult cat so we ran additional tests to ensure he wasn’t suffering from any other debilitating conditions. To our relief, there were no other causes.”

Under the care of our Vet team, Krusty slowly began to rally. With continued medication and gentle grooming along with regular blood tests to track his anaemia, his irritated skin began healing, his fur started to grow back and his nose and gums turned from white to pink.

As Krusty’s health improved, his personality blossomed: he started ‘chatting’ to our team and clearly loved people. Once he was well enough, he was moved from the hospital ward into our cattery and, at the suggestion of vet nurse Pam, was given a room with a view – perfect for such a curious and friendly cat. 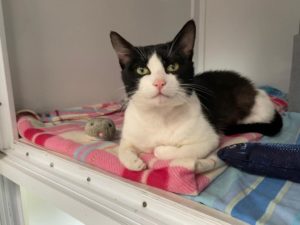 It was obvious that Krusty had once been an owned, domestic cat as he was friendly from the start, even though he must have felt so unwell. We’ll never know why – or how long – he was on the streets as he didn’t have a microchip so we were unable to trace his previous owners.

Krusty fully recovered, was microchipped and vaccinated, and went up for adoption! We’re delighted to report that this sweet boy had no trouble finding his forever home, and is now enjoying life with his new family.

With your help, every animal who comes through our doors can get the very best care to ensure pets are healthy before they begin their new life in a loving home.