Saving Dora the explorer – a rescue and rehabilitation story

Every so often, we get called to help an animal who needs us to go above and beyond our usual emergency response.

Four-year-old white and tan terrier Dora was one such animal, and fortunately we were able to give her the specialist care and treatment she desperately needed.

Towards the end of last year, Dora found herself living alone on the streets. We don’t know how or why she ended up in this situation, but when a concerned member of the public called us to let us know she’d spotted a thin and dirty looking dog in her garden in January, we immediately agreed to investigate.

Dora completely shut down when our Animal Welfare Officers got near her, and avoided all human contact. She had a stained and matted coat, and seemed very underweight. She was so scared and timid that it took us two weeks to trap her in order to bring her in.

We decided to settle Dora in a warm and cosy kennel as soon as she arrived at our Home, rather than do her intake examination, as she clearly needed some time alone to adjust and recover before she went through an assessment.

Our Kennels staff spent the next few days quietly sitting with Dora, letting her get used to human company. At first, she kept completely to herself, lying down on the far side of the kennel and only interacting with us when we fed her. After a few weeks however, she began to relax in our presence and allowed us to get closer. She even started wagging her tail when we entered the kennel. 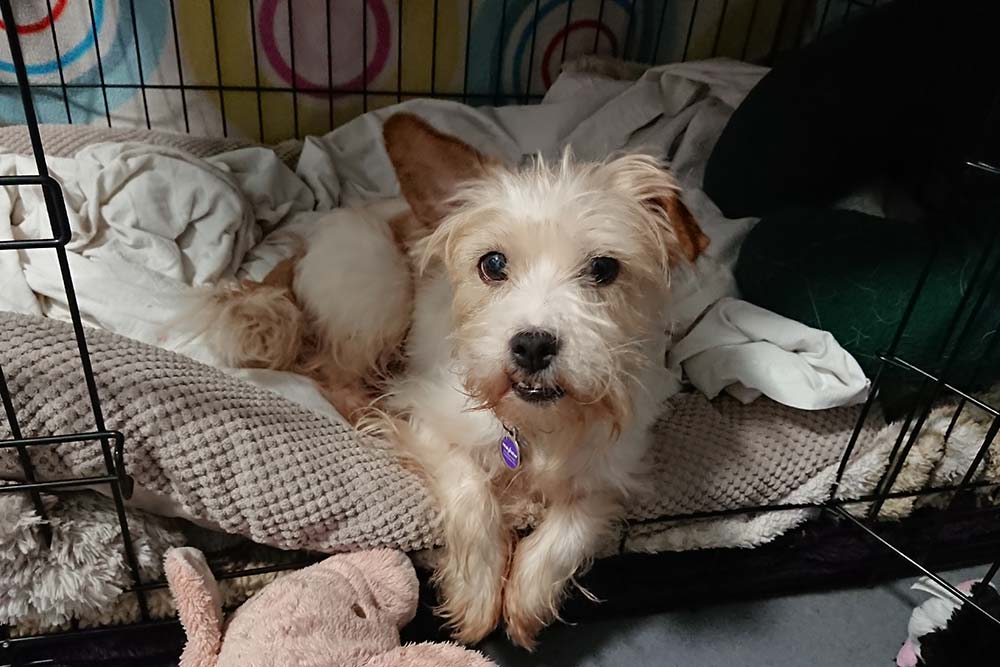 Whilst she remained very timid and easy to startle, Dora eventually felt ready to go outside into our garden for short walks, provided nobody else was around. She remained sensitive to loud noises and sudden movements, such as the rain on our roof, but as she became more familiar with our team, her affectionate and playful side started to come out.

We put a carefully considered enrichment plan in place for Dora to further her recovery, including the use of essential oils in her kennel, soothing music on the radio and a pet remedy spray. She was slowly introduced to new areas and new people on her walks, and had lots of 1-2-1 socialisation sessions within her kennel.

As the months passed, Dora continued to relax, but we could see that she still had a barrier that prevented her from being able to fully express herself and let go. 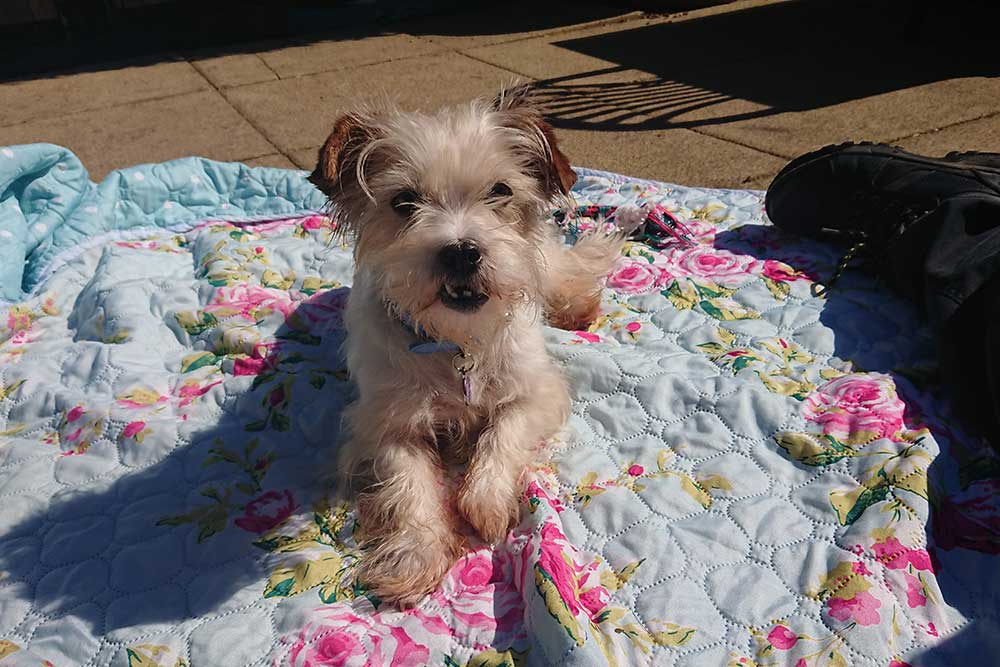 She has bonded with a few of our team members but continues to be extremely timid in new or busy environments, and can bolt when startled. She also appears nervous around other dogs, and only plays with toys on her own – she doesn’t seem to like humans playing with the toys with her.

In order to further Dora’s rehabilitation, we have now placed her in foster care with Sue, a member of our Reception team. Sue is working on a number of things with Dora, including house-training and grooming, and is taking everything at Dora’s pace to prevent her becoming overwhelmed.

Sue says “Dora is a very sweet and sensitive girl. I still had to be careful not to move too suddenly or make any sudden noises. It was fascinating to see the tiny, subtle changes in her body language and behaviour, for example when she comfortably lay down near me. She was still too wary to come too close, but the change in her demeanour was massive compared to the skittish, terrified dog I first met.  She eventually took a piece of chicken off my leg and I felt like I had won the lottery!”

“I had to visit her 15 times before she felt comfortable with me. We progressed slowly each day with me throwing bits of chicken near her in the Mayhew garden and her coming closer each time.”

Sue continued to tell us “I will also never forget the moment she did her happy dance upon seeing me, I may have cried a bit! She is very relaxed with me now in the house, but is still very scared of strangers, traffic and sudden noises.” 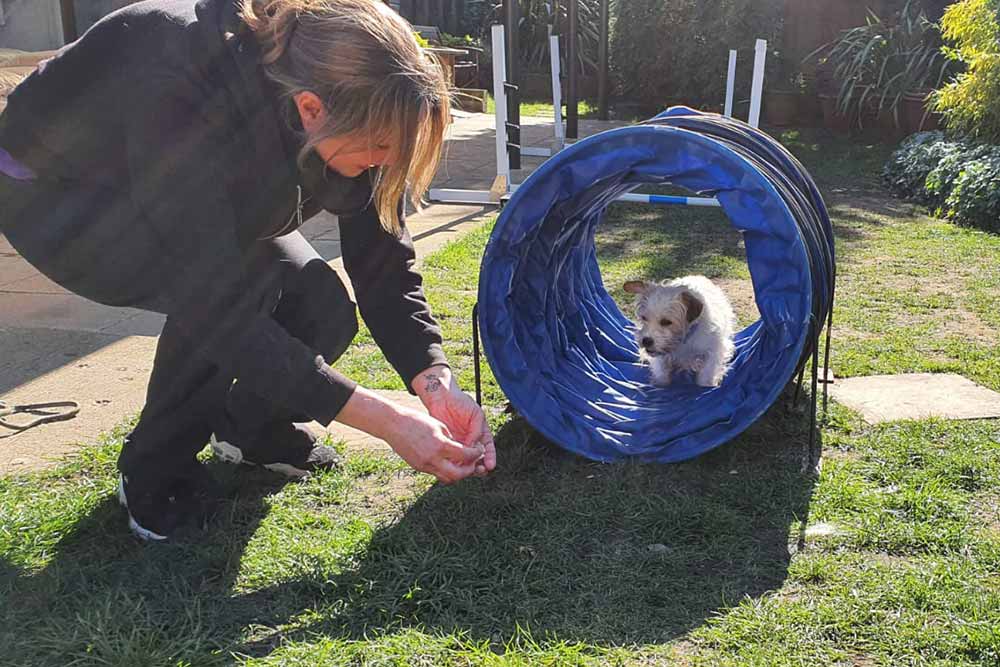 During her time with us, Dora’s appetite has come and gone in cycles, and she has suffered from an ear infection, which we have treated alongside flea and worm medication. She still has some way to go before she will be ready for adoption, but we are committed to being there for Dora every step of the way for as long as it takes.

Our Animal Welfare Officers and fosterers are experts in animal rehabilitation. Find out more about the groundbreaking work they do!