Blind, bewildered and scared, 13-year-old Barnaby found himself desperately in need of a second chance.

Gentle Barnaby, who was blind from birth and had both eyes removed, has spent a whole lifetime learning to navigate the world with his loving owner by his side. They shared an extra-special bond, and Barnaby relied on them completely for confidence, comfort, safety, and fun.

Despite being completely inseparable for over a decade, the onset of a serious illness last year sadly threatened Barnaby’s owners life and left them unable to take care of their beloved best friend.

For 13-year-old Barnaby, the devastating but necessary loss of his familiar surroundings and the reassuring voice of the person he trusted more than any other will have been a huge shock.

Blind dogs like him rely on continuity in their daily lives, from their usual walking route to the position of furniture in their home to the soothing smells of their nearest and dearest. Changes to their routine can be extremely scary and distressing, and after so long spent in each other’s company it was heart-breaking to have to separate Barnaby and his dedicated owner. 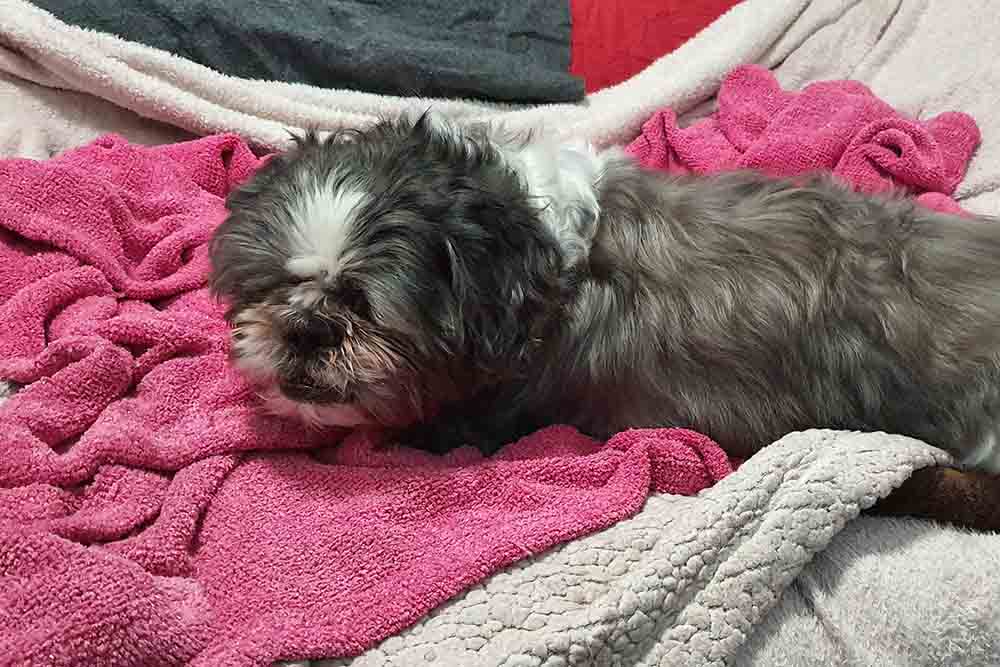 Luckily for them both, we were able to support them through every stage and make the process as smooth, calming and reassuring as possible; and our vets and Kennels staff did everything they could to make Barnaby’s transition feel safe and secure.

When Barnaby first arrived with us it was obvious that he was extremely worried and anxious about all the new sounds, scents and surfaces he could detect, and we knew that settling him in required specialist care and attention.

During the past year, we like many other individuals and organisations have struggled financially as the result of the coronavirus pandemic. We need all the help we can get right now to make sure we can still be there for animals and owners just like Barnaby and his best friend, who rely on us being able to go above and beyond.

Making a difference – an interview with Maria Markey, Head of Kennels

Welcoming a bling dog to our care meant making some significant changes in our environment and approach. Our Head of Kennels, Maria Markey, quickly set about learning everything she could about Barnaby’s life so far so that we could replicate his comforts and preferences as closely as possible.

“When Barnaby first came into Mayhew he was disorientated and unsure, and he needed someone to guide him and to bond with him and make him feel safe.”

Maria said “We do individual care plans for every dog here, so he had a unique one that was able to cater for him.

“The first thing we did was make sure he had a comfy and safe environment, and safe for a blind dog essentially means babyproofing the area. We had soft furnishings in the kennel and we kept him on lead and guided him around so that he became familiar with the room he was going to live in.

“We also did a lot of enrichment, including putting the essential oils and the rescue remedy in there to help relieve any anxiety, and we did a lot of one-to-one sessions and play sessions to try to build up a bond and keep his brain focused on other things.”

Our Kennels team bought Barnaby some new chews and placed his food and water in exactly the same place every day, so he always knew where to find them. Blind dogs mentally map their environment and memorise the layout, so it was very important not to move things around when we cleaned either. We also played Reggae music in the block, which is known for calming dogs and contributing to a happy and positive mood. 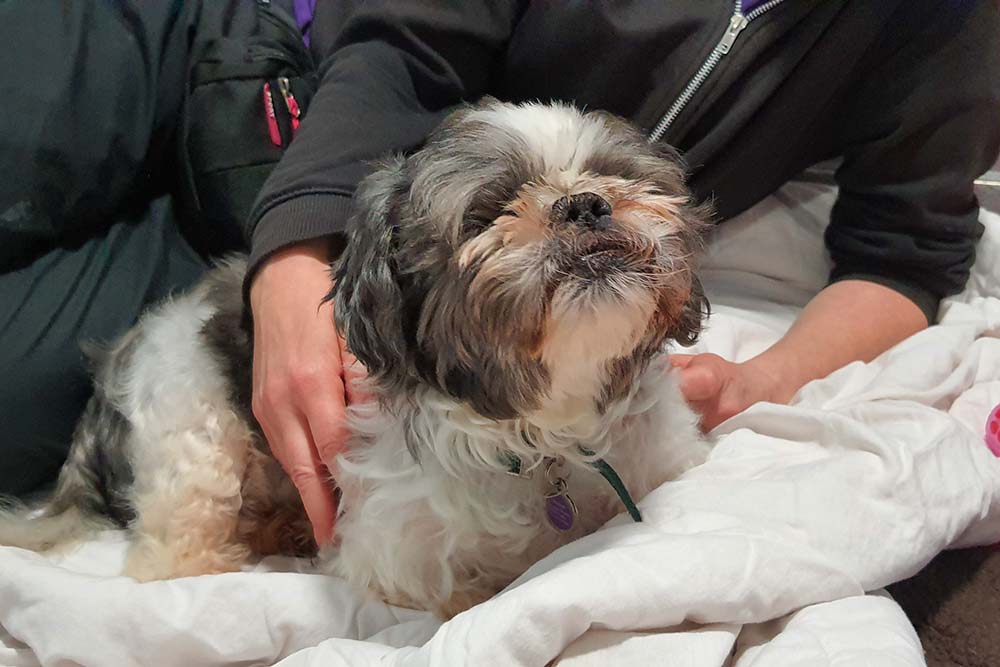 A long road to recovery

We decided to give Barnaby a bit of time to deal with all the changes and upheaval before conducting his vet check, as we wanted him to feel safe in our company before we took a closer look at his physical health. During his initial examination, we noticed that Barnaby had a prominent pot-belly and was suffering from hair loss, which blood and urine tests soon confirmed was early stage Cushings Disease.

In addition to his existing anxiety, Cushings Disease can cause an animal to produce too much of a hormone called cortisol, which helps regulate his stress response and other things such as his weight, blood sugar and immune response. If it became more severe, Barnaby could also begin to suffer from urinary tract infections and skin sores, and so we are keeping a close eye on him to see how and if his condition develops.

Thankfully, after a few weeks in our care and despite his major life upheaval and minor health concerns, Barnaby began to come out of his shell and show curiosity towards his new environment. We discovered that he especially enjoyed spending time with our Kennels team in the garden, playing with squeaky balls and textured rope toys that he could explore without needing his sight. 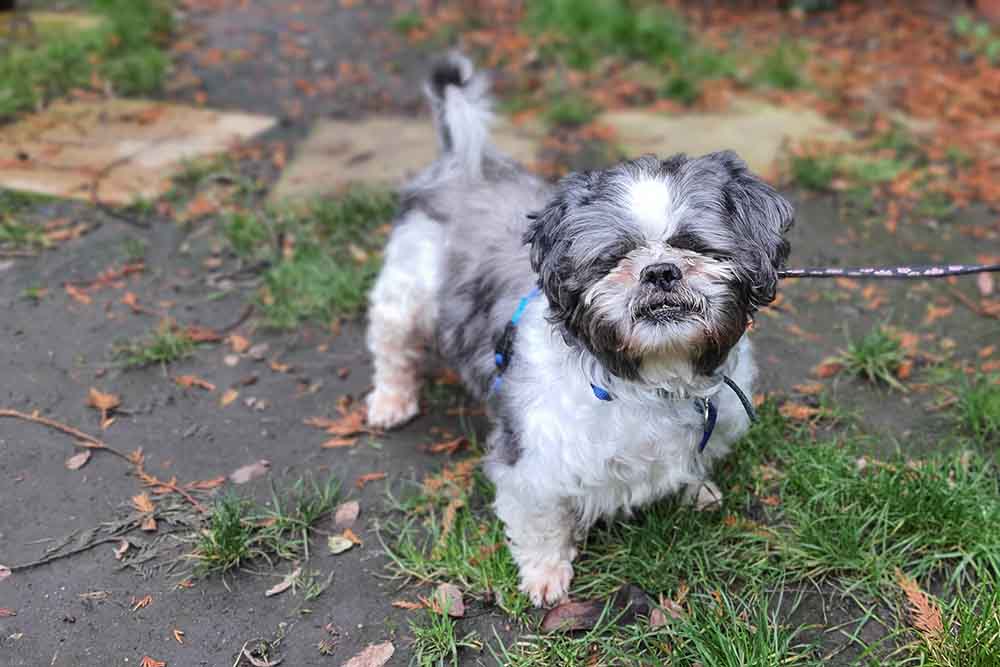 Although it was a huge relief to watch Barnaby become happier and more self-assured, it was heart-breaking to see him grieve for his previous owner. He was used to constant company and pined for his old best friend, and so we started bringing Barnaby into the main offices where the Kennels and Animal Welfare team spent their spare time.

Maria said “We loved having Barnaby around, and we all adapted how we usually interact with a dog so that we didn’t startle him – for example, we always spoke to him before touching him so that he knew we were close by, and we made sure the office set-up stayed the same every day. Before long he was well used to our company and full of affection for all his new friends!

“It was so wonderful to see his tense little body relax, his tail wagging happily; and he often made a beeline for his favourite people and demanded lots of attention!”

A new lease of life

We feel very proud that we were able to help Barnaby go from feeling bewildered and scared to finding his feet again, and watching him make new friends in our care was the greatest reward and relief. Thanks to generous donations from our supporters, we were able to look after Barnaby until he was confident enough to go and find his new forever home – and to our delight, it wasn’t long before some old friends of ours expressed an interest in him.

You may remember Susan and Alan as the adopters of Tess, the emaciated German Shepherd whose story we shared over a year ago – and now, we are thrilled to reveal that they also have welcomed Barnaby into their loving family. Tess is very much enjoying being a little sister to Barnaby, who has since been renamed Shortie and is living life to the full with people who care for him around the clock. 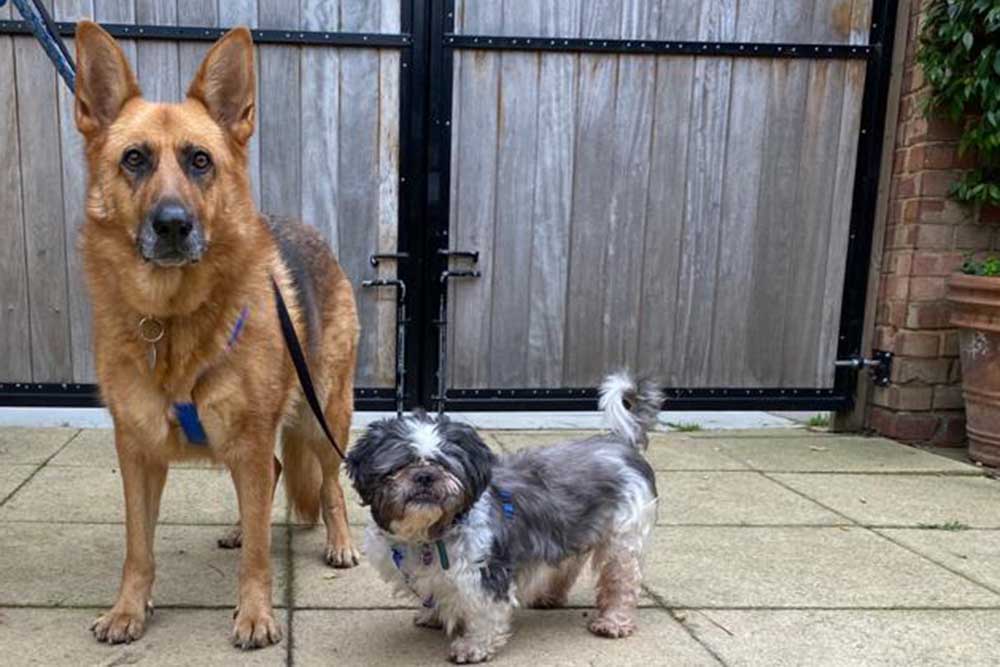 Help us help even more dogs just like Barnaby

Dogs at our Home always get more than just a warm, safe place to stay. We go above and beyond for every single animal, no matter what their needs are, and we do everything we can to get them ready for a new forever home.

We cannot, however, do this without your help, and so by giving £10 today, you could help us provide the care and attention that cats and dogs across London so desperately need.

Your gift could help pay for the temporary shelter of pets going through a crisis, or kit out a kennel with essential items for special animals just like Barnaby. We also provide free veterinary treatment for animals in our care, and your money could help cover things like flea and worming medication or a dental clean.

Please donate what you can today, and help us share Barnaby’s story so that we can help even more lost, frightened and poorly animals in need. 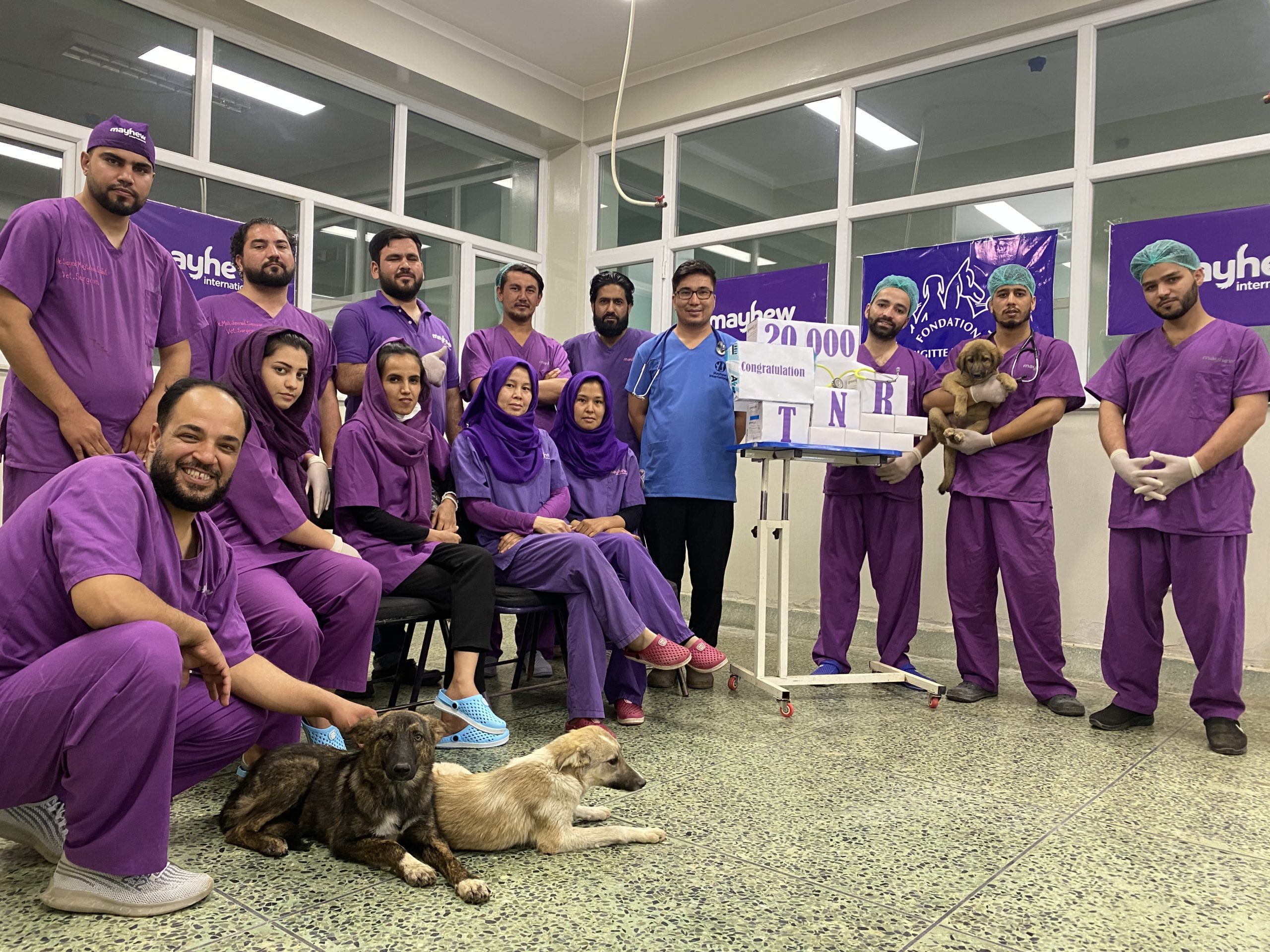 At the end of July 2021, the team at Mayhew Afghanistan reached a significant milestone when they passed more than…

At the end of April, Mayhew Georgia together with Doggie Doc started their campaign of spay & neuter drives in…