Over the past decade, we have offered support and shelter to over 10,000 people and animals experiencing an unexpected or ongoing crisis.

Through community based initiatives such as Pet Refuge, our work with homeless people and our social welfare and education projects, we protect the human animal bond and ensure people and their beloved pets can stay inseparable through times of hardship – such as a sudden medical emergency; a loss of employment, housing or shelter; or a relationship breakdown.

We also know that our relationship with animals is powerful, intimate and reciprocal, and can be the difference between life and death for people in a vulnerable situation. For instance: 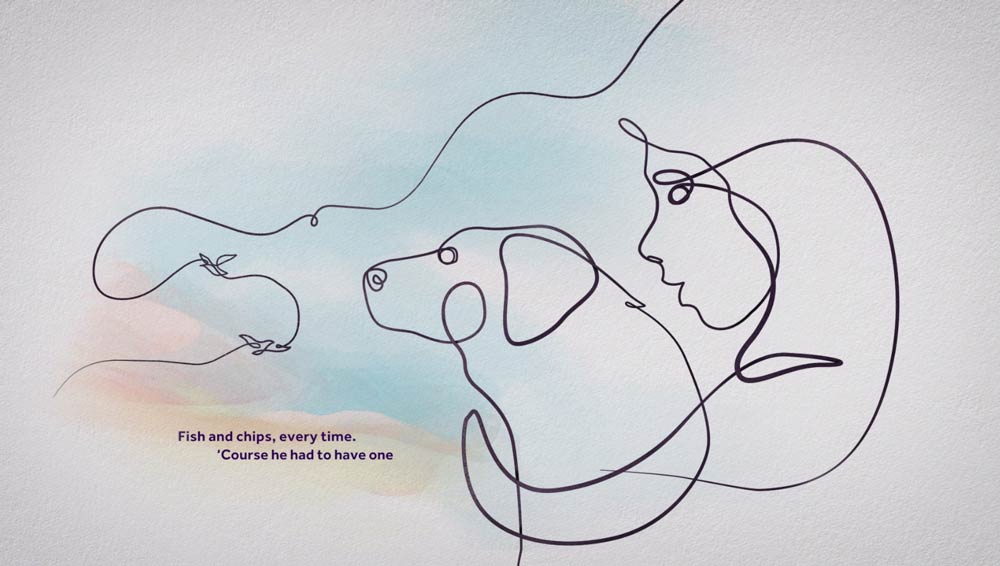 ‘A life, shared’ in London

In partnership with McCann Demand, we have created a series of powerful and impactful poems designed to illustrate the importance and intimacy of animal companionship, and the harsh realities faced by people hit by a sudden or unforeseen change in circumstance, which threatens their relationship with their pet.

An animated film of a third poem has been created in partnership with Coffee and TV.

We are incredibly grateful to have the support of TV presenter and journalist Louis Theroux and theatre actor Emily Raymond in this campaign, who have each kindly provided the voices of ‘The Owner’ and ‘The Dog’ in the animated video.

Louis said “I was delighted to be asked be the voice of the dog for Mayhew’s campaign. It was a challenge for me as I’ve only ever done voiceover for myself. So this was a leap, taking on the role of someone else, who also happened to be a non-human! But we can all relate to the emotions felt by the animals in this beautiful video: the need for comfort, companionship, and quality of life. And the animation and writing in the film capture this perfectly.

“My fervent hope is that the campaign starts a much needed conversation about the important of protecting the bond between pets and pet-owners from all walks of life. We all deserve to live a life, shared.”

Emily Raymond added “I think that the ground-breaking work Mayhew do in the local community is truly inspiring.

“Helping homeless and vulnerable people to care for their dogs, and even look after them during periods of absence, is literally a lifeline for people in a crisis situation. They make sure that the human animal bond is nurtured and not broken – without judgement and with deep empathy. Mayhew fully understand the vital relationship between a vulnerable person and their pet, and know that an animal is often the only trusted companion that a person has.

“It was therefore a privilege to give a voice to the beautiful and moving animation for this latest campaign – highlighting the shared lives that are made possible by the vital help and support that Mayhew provides to those in need.” 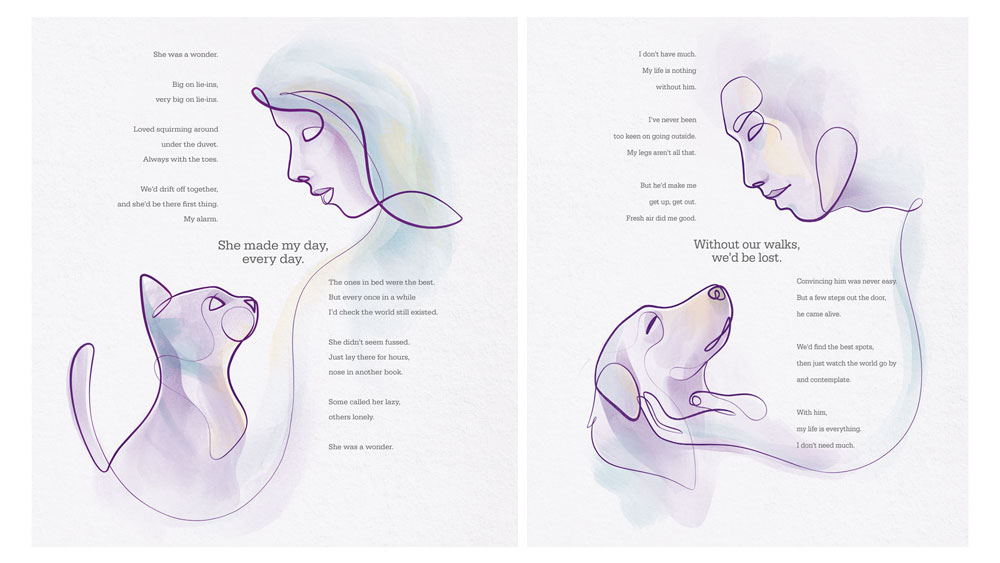 The heartbreaking reality of needless separation

A recent PFMA report suggests that 8% of all dogs relinquished to London-based rehoming shelters are given up against the owners will.

Similar surveys have investigated the reasons given by such owners, and have found that:

Just as heartbreaking are the stories we hear every day of pet owners refusing offers of support, including emergency housing and urgent medical attention – because they are afraid of what will happen to their animal whilst they seek help, or because they cannot bear to leave their animals’ side.

We know from the past few decades of working within our local community that the overwhelming majority of pet owners will put their animal first no matter what, and in times of hardship, we understand that a beloved pet can offer unconditional love, and be a person’s only source of comfort and companionship.

Caroline Yates, CEO said: “Mayhew is one of the oldest animal welfare charities in London, working in a truly holistic and preventative way to improve life for the people and animals in our community.

“Through ‘A Life, Shared’ we are aiming to bring people together and help people from all backgrounds relate and empathise with our mission, through the bond we all share with animals. The poems beautifully and intricately illustrate this intimate and reciprocal bond, and demonstrate exactly why it is so important that Mayhew are there to prevent any unnecessary separation and avoid this bond being broken.”