Cat and her kitten dumped with a plate of crisps

When an unsuspecting member of the public returned home one evening, the last thing she expected to see on her doorstep was an abandoned cat and her five month-old kitten.

The lady in question had no idea who had dumped the cats or why they had been left outside her house, so she immediately called Mayhew for help.

When our Animal Welfare Officers arrived on the scene, they spotted the cats had been left with a strange choice of food– a china dish filled with salted tortilla chips.

Crisps are very high in salt, and not at all suitable for a feline diet.

Mum and kitten were huddled together in obvious distress, and had been alone for at least a day. We named the two-year-old mother ‘Linda’ and her small kitten ‘Stella’, and immediately brought them in to Mayhew. They were given a full health check and put on a diet of more appropriate food.

Neither cat had a microchip, so unfortunately we had no way of tracing their original owner or finding out more about them.

Luckily neither Linda nor Stella showed signs of any urgent medical issues, but they were both extremely shy. They required gentle handling, and we started a comprehensive socialisation programme for them. Our Cattery team settled them both down in a warm and cosy cabin, and made sure they spent extra time each day playing and interacting with the cats.

Stella was quick to come out of her shell, but although she was five months old, she kept trying to feed from Linda. Most kittens are usually weaned at 4-6 weeks, and only tend to suckle after this if they feel a need for comfort or extra reassurance – indicating that Stella’s early life had most likely been stressful and unstable. 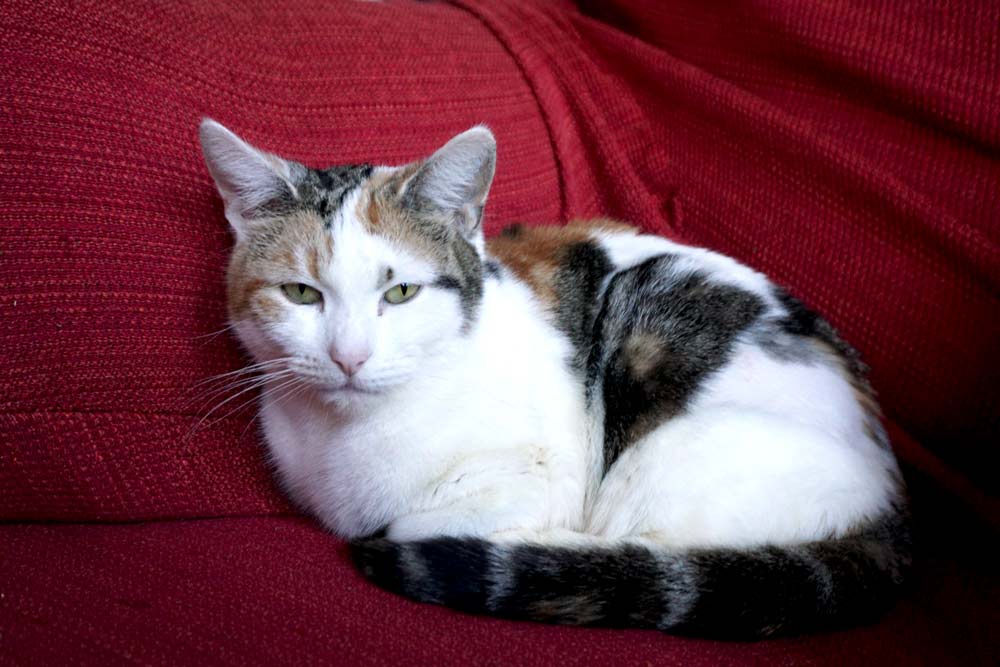 Linda was no longer producing milk, so to provide her with some much needed relief and relaxation, we made the decision to separate Stella from her mother. We gave them each their own cabin, where they had plenty of space to recover and prepare to be rehomed.

Happily, Stella was soon eating regular food and behaving completely normally, and was shortly adopted into a loving family.

We quickly became aware that Linda needed a little extra time and a more hands-on approach to overcome her trauma, and so we have arranged for her to be looked after by a dedicated foster carer until she is ready to find a new home of her own.

“Linda doesn’t care much for toys and instead prefers to follow us about the house, meowing away.”

Linda’s foster carer, Alissa, said “When Linda first arrived with us she was very scared and worried. She hid away a lot, but we would leave out tasty food for her, and as she began to realise she could trust us, she started coming out of her hiding places. She’s now settled in really well, and has started showing us her true personality.”

“She’s such a sweet, gentle cat who loves having head strokes. She’s still shy with strangers, but she’s made huge progress in the short time she’s been here. Once she’s ready for adoption, Linda will make a wonderful friendly companion.”

If you’re interested in adopting Linda one day, you can sign up to our cat alerts here – we’ll let you know when she’s ready to meet her purr-fect match! 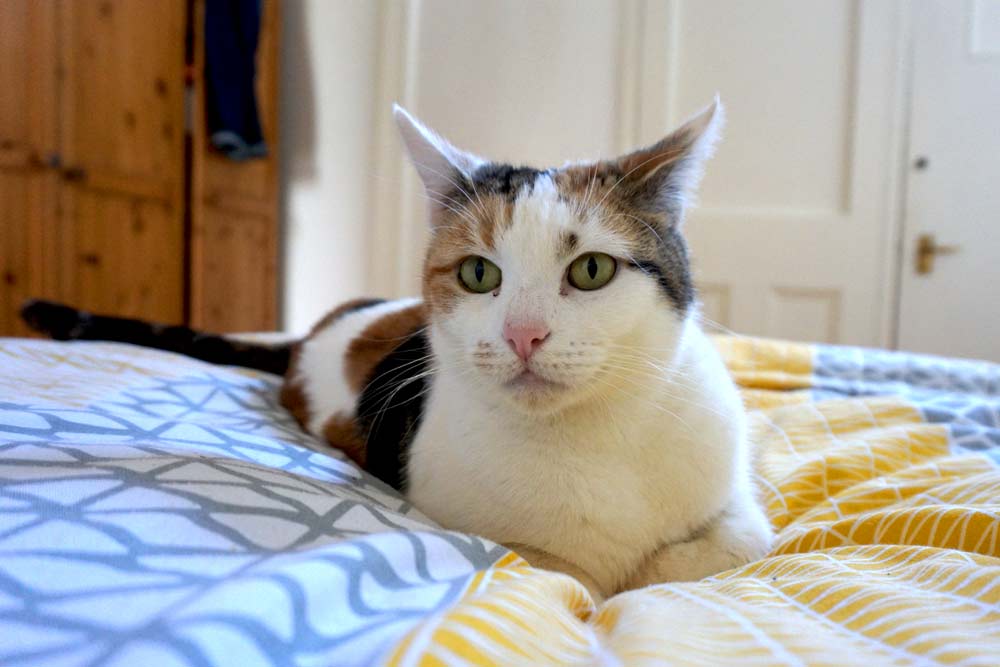 Our Animal Welfare Officers deal with cases of abandonment and neglect every single day. They are out in the community on a daily basis, providing ongoing support to pet owners in difficulty, assist animals in need, and deliver a range of community initiatives across London