With the sad passing of US actress and animal welfare campaigner, Betty White on New Year’s Eve, aged 99, the fans of this great lady have started the #BettyWhiteChallenge and are asking people to donate to their favourite animal charity to honour her campaigning work. The challenge is running up until 17 January which would have been Betty’s 100th birthday.

Betty White was a long-standing animal welfare advocate and campaigner who cared passionately about animal welfare rights and received many honours for her work. Throughout her life, she promoted pet adoption and generously gave to numerous animal welfare organisations. She put it best herself when she said: “Animals are near and dear to my heart, and I’ve devoted my life to trying to improve their lives.”

The #BettyWhiteChallenge started in the US, and is now gaining momentum across the pond here in the UK! We’re taking part and encouraging you to make a donation to your local or favourite animal charity. 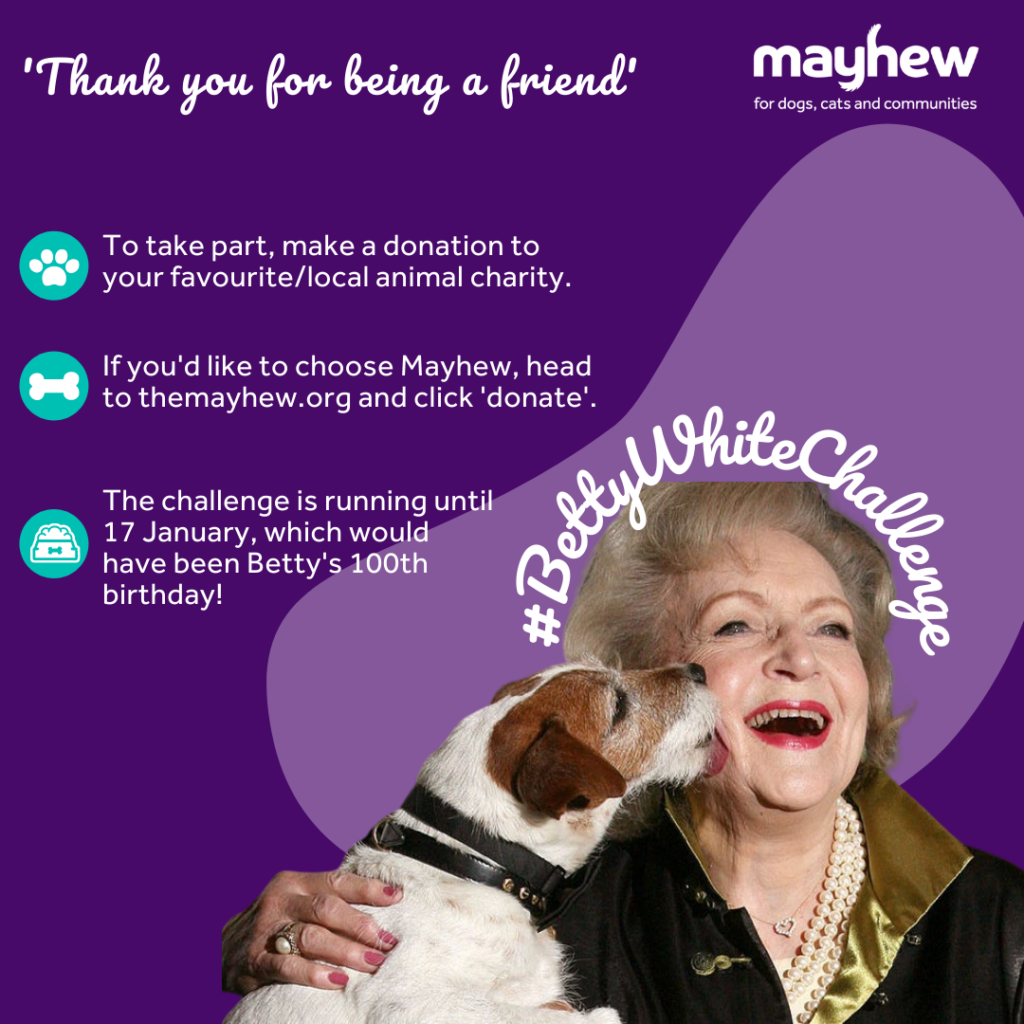 “Whether you choose to donate to Mayhew or another charity, you'll be supporting animal welfare organisations in the UK that help animals in desperate need and I cannot think of a better way of honouring her memory or campaigning work.”

Actress and long-standing supporter of Mayhew

We work tirelessly to support animals in need, alongside supporting local people in crisis and finding animals their new forever homes. If you’d like to join the challenge and choose Mayhew, you can make a donation to support our work.

Donate now to join the challenge!