A life-changing day for animals in the UK

Today is the day we see the Animal Welfare (Sentencing) Bill come into force in England. A long-awaited move that has been campaigned for by multiple animal welfare groups, the Sentencing Bill will see the maximum sentence for animal cruelty increase from six months to five years.

The Animal Welfare (Sentencing) Bill is part of the government’s efforts to enshrine animal welfare protections in UK law post-Brexit. It is a sub-Bill of The Animal Sentience Bill, and has already passed through Parliament, the Lords and received Royal Assent. The Bill will be part of enforceable law from today (29 June 2021).

What will it do?

The Animal Welfare (Sentencing) Bill will raise the maximum sentence for animal cruelty charges from six months to five years. In addition to this, those found guilty may also receive an unspecified fine as well as or instead of a prison sentence. This is currently the harshest possible sentence of any European country.

Who will it apply to?

Anyone undertaking various instances of animal cruelty including; dog fighting, abuse of puppies and kittens, illegally cropping a dog’s ears or docking their tail, and gross neglect of farm animals. 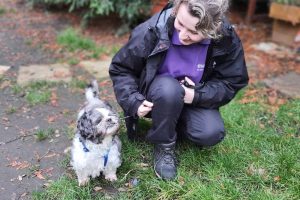 We at Mayhew are passionate about the welfare of animals, and welcome the introduction of harsher sentencing for convicted animal abusers. The change, which covers England and Wales, brings us in line with both Scotland and Northern Ireland. This means that the UK now has some of the highest animal welfare standards – fitting for a nation of animal lovers!

“"At Mayhew, we understand the power of animals and are motivated by it in all we do - be it enabling people in need to experience the proven benefits of animal assisted therapy through TheraPaws or reuniting pets with their loving owners after a period of care under our Pet Refuge programme. We welcome the government's increasing commitment to protecting animals, including the tougher sentencing laws coming into force today."”

Mayhew has long believed animals to be sentient beings, and we keep this belief at the heart of everything we do. We were incredibly proud to be part of the #BetterDealForAnimals campaign.

A catalyst for improving animal welfare legislation, the #BetterDealForAnimals campaign supported The Animal Sentience Bill – a part of which is the introduction of a dedicated committee to regulate and research government policy, to ensure that all relevant legislation adheres to and promotes the view that animals are sentient beings and deserving of a high level of protection and rights.

We absolutely welcome the positive changes happening in the UK, such as the enactment of The Animal Welfare (Sentencing) Bill today, and we will continue to support our friends and add our voice to the call for even stronger animal welfare provisions in law.

To read more about the Animal Welfare Bill, click here. Keep up to date with all of our work at Mayhew by subscribing to our monthly newsletter!